Mr. David Smith is the director of the consulting company, Water, Environment and Business for Development. He has a Bachelor’s degree in Botany and Zoology (2000) and an Honors Degree in Limnology (2001) from the University of Cape Town (RSA). He has a Masters Degree in Water and Environmental Management from Loughborough University (UK) (2015) and is currently a PhD candidate at the Autonomous University of Barcelona in Environmental Science and Technology. David has led more than 25 projects on environmental studies across the globe for clients such as the European Commission, the World Bank, the InterAmerican Development Bank, the Global Green Growth Institute, the United Nations Development Organisation amongst others. His expertise in economic and social development is focused on environmental management, integrated water resource management, Green Growth, environmental business models, ecosystem services, stakeholder participation and engagement strategies, climate change adaptation and mitigation and capacity development. He has worked for four and a half years as a project coordinator at the research center, CTM in Spain, where he sourced and managed funding for several water and environmental projects. David has worked for 5 years (2003 – 2008) for the water and wastewater treatment company Thames Water Utilities Ltd, London, England. During his time there he was the process plant manager for the largest water treatment plant in England, which supplied treated water to half of London, as well as a core member of the water quality auditing group. David was an elected board member (2012 – 2013) of Water Europe (the European Water Platform). He was an elected Co-Chair of the water reuse task force (2011 – 2013) and is currently the co-chair of the International Water Relations (Water Beyond Europe) working groups of the Water Europe platform. He was also the vice President of the Network for Water in European Regions and Cities (NetwercH2O) from 2012 to 2013. He is currently a core member of the International Water Association Ecosystem Services Specialist group and the Water Sustainability Audit Process group.

© 2021 - All rights reserved Water, Environment and Business for Development
USEFUL INFORMATION
CONTACT US 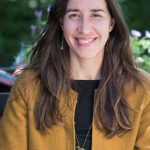